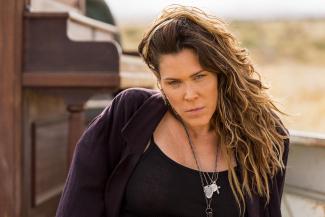 Beth Hart had an extraordinary live concert in 2019 as part of the #3 edition of the blues festival in Brezoi. Blues lovers from the mount Ţurțudan foothills, known as #BrezoiulLumii, impressed Beth Hart, who expressed her wish to return one day.

The organizers decided to make this happen next edition. About her voice it is said that "it stops the time in place", being "obligatory to listen it live at least once in life". Beth Hart is not only a versatile vocalist, she also plays piano, guitar, cello, bass guitar and percussion.

Describing their collaboration, Joe Bonamassa told Music Radar: 'I was totally knocked out by Beth. Here's this lady who's acting like I'm the cool one, and meanwhile I'm thinking, Man, she's got it all. She's the new Janis Joplin, Tina Turner - the real deal, you know?'