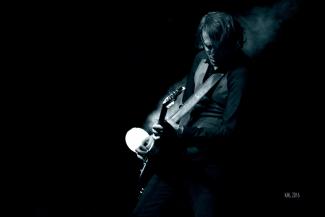 Ryan McGarvey, born in Albuquerque, New Mexico, is a star on the rise. His music with influences from everything from early delta blues, to classic hard rock, to more contemporary blues/rock artist's of today has gained fans world wide and the recongnition of the industry. Throughout his career, he shared the stage with legendary Eric Clapton, Jeff Beck, B.B. King, Joe Bonamassa, Gov't Mule, The Fabulous Thunderbirds and many more.

'I met Ryan 4 years ago and was very impressed at the depth of his influence and his ability to put said influences together in his own way. To watch him grow as an artist and to hear his name mentioned to me as much as it has is a testament to his hard work and skill.' - Joe Bonamassa